It is 1969 and the imaginative young Buddy (major discovery Jude Hill) has a life filled with familial love, childhood hijinks and a blossoming romance. He pops into neighbouring houses as though they were his own and people look out for him while his charismatic working-class parents (Jamie Dornan, The Fall and Caitriona Balfe, Outlander) hustle to make ends meet. Yet as his beloved hometown is caught up in increasing turmoil, Buddy’s child’s-eye perspective on the increasing social unrest begins to give way to imaginings inspired by his love of movies.

“Engaging, tender film-making which tugs at the heart-strings, spurred by a sympathetic cast and the young lead, newcomer Jude Hill. “ – Screen International

“The story that’s told is deeply affecting, and how many films contain five superb performances? This one does.” – Wall Street Journal

“The affectionate cine-memoir is rendered all the more effective on account of young discovery Jude Hill and its portrayal of a close-knit family crowded under one roof. ” – Variety 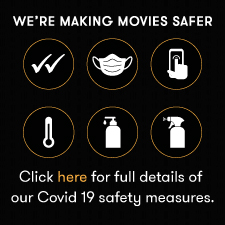